Mixed opinions all around about the change from Frost during the season, yet hope springs eternal that former Husker standout Mickey Joseph can re-spark the magic and turn things around as the interim head coach.

We will be having a watch party at Winking Lizard in Lakewood for the game against Oklahoma at noon on Saturday! Big shout out to Lauren Andrews who has agreed to host! She used to be in leadership at the Kansas City Husker group. I will inform the manager(Jimmy) to expect about 10 to 12 and he will make sure we have our normal spots. Since OSU does not play until the evening we may be able to have sound, however with Michigan and Penn State at same time it may be iffy. Her email is Lauren.andrews@huskers.unl.com and phone number 308-293-3557 if you needed to reach her for any reason. A few people indicated that they will be there a little later due to other conflicts. Let’s show up and root on this new era of Huskers! 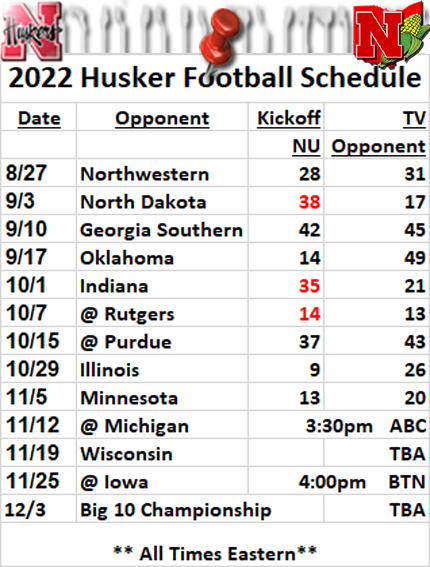